Allegedly Jesse Smollett from the hit show Empire did.

“What in the world is going on?” I want to scream, ” Stop it. What is wrong with you?” The person on the tv screen cannot hear me.

Jesse Smollett claimed he was attacked by two men who used racist epithets while beating him. Per Chicago Police superintendent Eddie Johnson, he was not randomly attacked. Jesse paid two brothers to attack him. He paid with a check.

There was outrage that the attack happened in Chicago to such a nice guy. The city of Chicago found the men who beat Jesse. The police resources used were ridiculous. They included:

What a waste of our time and money.

Jesse obviously was not thinking straight. Come on; he used a check to pay his attackers.

Who uses their checking account to pay for illegal activity? WTF. Don’t provide a legal document that traces back to you for illegal shit.

And what about everyone who was so upset about the attack. Social media was on fire about Jesse. A big tsunami-sized rush of ice water has put that fire out once the Chicago police arrested him for staging the attack.

Why did he stage this craziness? Per Chief Johnson, Jesse wanted a higher salary. Well, he won’t get more money. I suspect his salary will go down, down, down.

Ironically, the rest of the actors on the show will get another fifteen minutes of fame from the new attention Jesse has brought to the show.

He should have used a credit card to pay. At least then he could get his money back. One call to Visa and a refund would be on the way. The felony service provided was unsatisfactory. 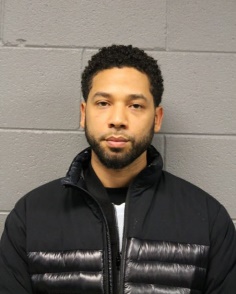 I can be reached at: https://www.tonicrowewriter.com

WP Twitter Auto Publish Powered By : XYZScripts.com
Scroll to Top
We use cookies to ensure that we give you the best experience on our website. If you continue to use this site we will assume that you are happy with it.Ok