A young teenager, an older male predator, and a house full of abused women under the man’s control.

This blog is not a repeat of the allegations against R&B singer R. Kelly. The allegations of decades of physical, sexual and mental torture of women who joined his “family” are now well documented by a six-part special that appeared on cable television.

This is my story

When I was seventeen, I was seduced and ran away from home with a much older man. He was a pimp. When we arrived at our destination, I found there were three other women living in the house that I had to share him with. The allegations against R. Kelly remind me of a very difficult and painful time in my life.

“Never A $7 Wh*re” is the true crime memoir of how I was manipulated into willingly allowing myself to be deceived. When I was seventeen, I wanted to be a model. I was a single mother with no skills, working as a medical assistant for five hundred dollars a month. I desperately wanted more out of life. I believed I had a dead-end job with a dead-end life. I knew I was attractive and smart. Having grown up on the tough West and South sides of Chicago, I was certain I could handle anything. I was wrong.

“Never A $7 Wh*re”, a 5-star Readers Favorite, details the process Prince, my boyfriend, used to convince me to move away to pursue my dreams. It tells the story from the moment we meet until I escape.

“Never a $7 Wh*re” was a #1 Hot New Release in 4 categories in its first thirty days on Amazon. It earned the Amazon bestseller banner and has 40 reviews with an average of 4.7/5.0.

To fully understand how young teenagers can be guided into terrible situations by an older man…read “Never A $7 Wh*re” now.

Toni Crowe BSEE, MSM, CLA, PE is the bestselling author of the $7 Journey series. She is an award winning and accomplished executive with 30 years of experience as a CEO/President, Vice-President, Director, Engineer, and Manager across multiple sectors including high tech, consumer and nuclear sensors, Aerospace, film production and glass. 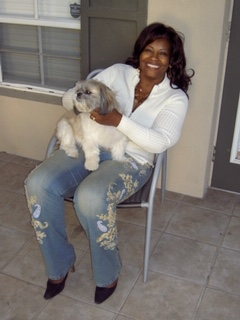 WP Twitter Auto Publish Powered By : XYZScripts.com
Scroll to Top
We use cookies to ensure that we give you the best experience on our website. If you continue to use this site we will assume that you are happy with it.Ok